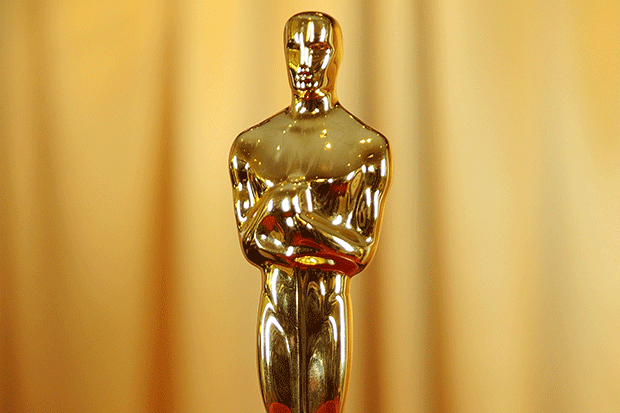 As the unofficially official end of a previous years film cycle, the Oscars represent many things: A competition to reward subjective art, a pulpit for prosperous people, a three hour plus parade of pretty people patting themselves on the back.  This glitzy spectacle provides a dazzling smokescreen for what the Academy Awards are at its core…a list.  Every year, Oscar winners are added to a supposed sacred scroll of immorality.  Immorality insist something is great and important enough to live past the contemporary time and culture of its creation.  Great and important cinema should be synonymous.  Great and important cinema welds emotion with intellect while capturing our imagination.  However, a quick glimpse at this scroll of best picture winners makes something very clear: The Academy awards important films with the same accuracy of a cannonball hitting a gnat.

Cinema is a time capsule.  Like any time capsule, great films from any given year provide a snapshot of our societal anxieties and biggest news stories.  Besides, making list elicits #hottakes and #hottakes keep Stephen A. Smith employed.  The following five films provide a unique snapshot of issues that stirred our country’s soul in 2019.

What happens when a lie creates lasting solace?

Billi (Awkwafina) grapples with this issue after learning her beloved grandmother has terminal cancer.  In China, physicians can choose whether to tell their patients they have cancer.  In most cases, this information is disclosed to the family.  China’s collectivistic culture leads most families to keep cancer diagnosis a secret.  Billi goes along with her family, attending a faux wedding that feels likes a real funeral.  The Farewell’s ending creates an interesting case for concealment.

Though President Trump’s ever-changing impeachment trial exhibited willful disinformation, this practice has permeated every strand of America’s fabric.  We know these terms: Alternative facts, fake news, conspiracy theories, speaking your truth.  We live in a post-truth era where lying is not just accepted but preferred.  Truth is as reverent as a court jester.  To paraphrase a great theologian named Gordon Gekko, “Lying is good.”

The Oscars got this one right!!!

As long as Earth spins, societal tensions between upper and lower classes will never perish.  In Bong Joon-ho’s layered exercise in genre-less filmmaking, the poor Kim family weaponizes deception to gain employment and leech from the wealthy Park family. The Park’s have no clue their staff is related, their only connection is the ripe “smell” of under privilege.  The class dynamics alone could spark a fiery conversation but during a pivotal moment, the Kim’s basement apartment floods, leaving them homeless.

Their deception becomes a prison when they are all called into work (with double pay) to participate in the youngest Park’s birthday party.   It seems like an oxymoron: homeless people having to work in a home they could never afford.  Yet the homeless working class is gaining normalcy in cities like Los Angeles and Seattle.

A fun sprint despite leaden subject matter, Knives Out featured more enjoyment per second than any film this past year.  It was also a cinematic Trojan Horse, a sneaky commentary on immigration.  When legendary mystery author Harlan Thrombey (Christopher Plummer) dies under suspicious circumstances, suspicions are aimed at his kind, foreign nurse Marta (Ana de Armas).  Even before Harlan’s death, Marta was ostracized by his WASPy children, giving her passive-aggressive praise for coming over the “right way” and working hard.

Changes to our asylum policies and photos inside detention camps put human faces on suffering and destitution.  Knives Out mixed immigration and murder mystery with a dash of white privilege.  It was like taking cotton candy-flavored Robitussin. 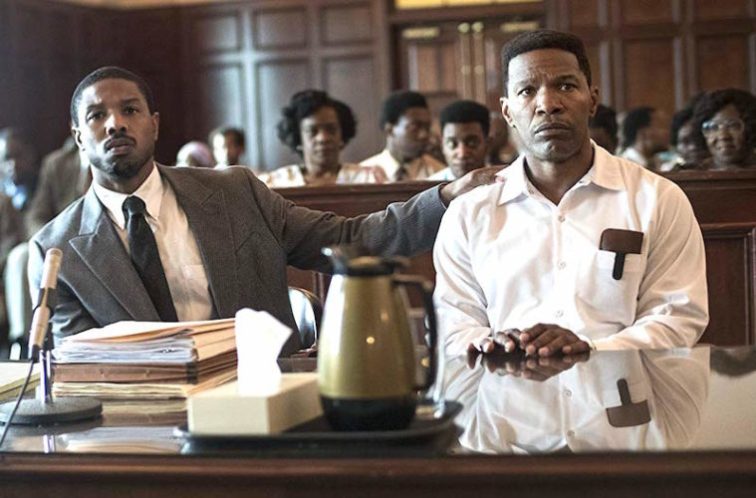 Every year consists of comic book movies, but this year we were introduced to a real-life superhero.  Cloaked in a tie, suit jacket, dress shirt, and a briefcase, Bryan Stevenson made showing compassion to the condemned fashionable before criminal reform became in vogue.  Bryan’s fight against legal injustice to free Walter McMillian illustrated a moving testimony for criminal reform.

With Conviction Review Units being established, the First Step Act being enacted and a high-profile stay of a execution, the broke and broken are receiving more mercy.  This is a superhero franchise we can all get behind.

Part sci-fi comedy, part heartbreaking social commentary, this story follows CJ (Eden Duncan-Smith) and her best friend Sebastian (Dante’ Crichlow) traveling back in time to save her older brother from being murdered by a white police officer.  Every time CJ travels back in time, she not only produces unintended consequences, she reopens the cyclical nature of black pain in America.

With justice being denied to Black Americans throughout America’s history, we’ve been forced to accept celestial justice in the future, bury past pain and give present grace to white terrorism.  This history sprung forth again after Botham Jean’s brother Brandt Jean showed scandalous grace and embraced his brother’s murderer, Amber Guyger.  Those seeking to weaponize Brandt’s forgiveness as an example for all race-based interactions are willfully ignorant of past black long-suffering.  Those who want more punishment and feel Brandt should have exhibited more hate have allowed inter-generational trauma to poison their spirit.  Justice, grace, and mercy are not strangers, they are siblings.  This triumvirate of goodness must be practiced to ensure future peace and safety.